When I set out to tell my story, I realize that the difficultes I have faced in my life are not unique. Everyone has their ‘stuff’. Everyone’s childhood was rough to some degree, some admittedly worse than others. I have wanted to share my story for a long time, and I maintain the belief that there is someone out in the world that needs to read it. My hope is that it will be of help to someone, just as the life stories of other influential people have helped me in my journey of growth.

The vocation of writing chose me very early on, and began to express itself when I was two years of age. Drawing page after page of stick figures, my mother would sit with me while I explained to her who the characters were and what they were doing in each picture. However, around this time, I also began to display disturning behavioural problems. As a newborn, I had been diagnosed with Hydrocephalus, and at two weeks of age underwent surgery to relieve fluid build-up around my brain. Mum wondered whether such major surgery as an infant had anything to do with the behavioural problems I was now experiencing.

When Mum dressed me for the day I screamed, pulling my clothes away from my body. I felt a physical revulsion toward them and the way they felt against my skin. I hated the feeling of car seatbelts so badly that I sat with my hand between the belt and my body for the whole car trip. I told Mum that it ‘felt bad’.

I hated wearing certain types of clothing and shoes. I always wore lace-up shoes, and would cry that they were ‘too loose’, so I asked Mum to tie my laces tight. It was horrible , and I didn’t know how to make Mum understand what I was feeling. Looking into my eyes, Mum knew my tantrums were a cry for help and that this behaviour was more than just a temper tantrum.

My drawings were detailed for my age, catching the attention of my teachers when I started school. I used my toys to play out the stories brewing away in my head. I pretended my family’s house was a faraway land of vast plains, mountains, rivers and castles. I was discovering a wonderful passion, and expressing it with the resources I had available at my tender young age.

My first grade teacher told Mum something that she had been dreading to hear. I had learning difficulties. I couldn’t construct math problems or problem-solve simple math solutions. Although the teacher was concerned about these issues, she commented on my outstanding art skills. Aware of the matters at hand, Mum continued to encourage me in the art skills she already knew I had. I showed creativity well beyond my age.

I had ‘Fuzzy Felts’ sets that I’d create scenes for stories and intricate plotlines. Mum had given me a few old bracelets and chains from old purses and bracelets, and with these I loved creating shapes depicting mermaids with beautiful tails and long hair, moving them around on the dining table.

At school I would get distracted easily, pretending my pencils and erasers were characters in a story and my desk was their house. I would get so absorbed in my game that I’d look up and realize that we were halfway through the lesson and I had no idea what we were doing. Or the teacher would get mad with me for not paying attention. I loved to create stories all the time, and my whole world was my material. Mum just kept telling me I was doing fine.

At the end of my second year at school my teacher voiced his concerns to Mum about my difficulty with problem solving in Maths. The school was going to place me in a special Maths support program the following year. Mum returned the next day with some drawings that I had done recently, and my teacher was as amazed as she was at my advanced art skills. Mum proved on my behalf to him and the other school staff that although I did not excel at Maths, I simply excelled in other areas.

In my first few years of school, I had struggled to form close friendships with the other girls in my class until right at the end of the year. My discomfort with certain items of clothing had followed me into school, and I was insisten on wearing a white T-shirt underneath my sleeveless uniform dress. I hated the feeling of the arm holes rubbing against my skin, so I wanted to wear the shirt to mask the feeling. I looked at my school photos and noticing that I stood out from the other kids because of my t-shirt. I knew that I was different to them because of the way I wanted to wear my uniform, and thought that that was why they had avoided me for most of the year.

I recall playing in the playground alone, making up my own imaginative games. I felt secure around my female teachers, and if they were on playground duty I hung around them. They’d encourage me to go off and play with someone else from my class, but I was too shy to approach anyone. The school guidance officer called Mum up for a meeting about the white shirt, and my inability to keep up with the school workload.   She advised Mum to take me to a child psychiatrist about the problems. Mum took me to visit the doctor, describing the distractions that affected me at school. My classroom was right next to a main road, which was under major reconstruction that year. Dust and noise were prevalent there. Mum showed the doctor drawings, and he was amazed at the talent I had at such a young age. He wrote a letter to my school informing them that my mother had a good understanding of my situation and for them to leave her to guide me. He mentioned that I showed talents of a future Picasso, and posed the question to them to whether Picasso was considered a ‘strange’ child whilst at school. Mum pulled me out of that school at the end of the year.

The next year my sister and I started at a new school around the corner from our house. I was going to repeat the third grade. My fine and gross motor skills were poor. I couldn’t catch a ball or butter bread properly. I couldn’t write neatly, and my lines of words took a slant away from the spine of my exercise book. My new teacher taught me how to write all over again. I loved her and had a great school year. Mum believed in me and kept encouraging me. She never put me down.

At nine years old, after suffering a number of seizures, I was diagnosed with Epilepsy. The medication I was prescribed made me drowsy and vague. I fell asleep in school, and had to be reminded to complete simple daily tasks like brushing my teeth and getting changed. It was incredibly embarrassing. Each day was a struggle in the classroom. I was extremely shy and self-conscious, and struggled to maintain friendships with my peers. However, I found freedom in my writing. I came home from school each day and spent hours in my bedroom drawing pictures and writing a few simple sentences underneath each one. It was an escape for me, something I could do aside from all the things I was incapable of.

By the seventh grade, my health had improved. My doctor took me off medication, and I became much brighter and more aware of my surroundings. I coped much better, and at age fifteen I decided I wanted to get serious about my writing. Of course I faced scepticism over my decision. A writer seemed like a whimsical choice to many people close to me. It was very difficult to hear their doubts in my capabilities, especially during my impressionable teenage years.

Yet I didn’t let anyone destroy my dream, choosing only to listen to those people who encouraged me. After finishing the tenth grade I made the decision to leave school. I had been failing most subjects, and just passing on those I was actually interested in. So I decided to cut my losses , leave school and start work. During high school I had started a correspondence writing course, which I had not yet finished due to my school work commitents. I finished the course in the first seven months out of school whilst also working full-time. By my eighteenth birthday I had written several short stories and rough novel manuscripts. I gathered myself a small network of people consisting of my Mum, an editor named Suzanne, and a few close friends who read my work and gave me suggestions on my stories.

At eighteen I started writing the first draft of The Wilted Rose, and at by the time I was twenty-three the book was completed. After five years of hard work, I published The Wilted Rose, a biographical novel depicting the story of a Brisbane family during the 1960s & 70s. Writing the book was very exciting experience, and I’m enjoying every moment of my journey as a writer. My hope is that by sharing my story, other people will be inspired to identify their passions above all else, and achieve their goals. 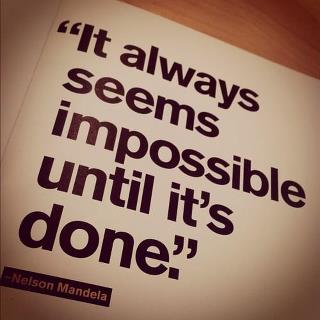 The pursuit of goals is a marathon not a sprint. As an author I often find myself feeling discontent with the daily steps I take toward my larger writing aspirations. Many, many hours can be spent in the pursuit of one’s goal, yet it still feels as if they have only etched the slightest bit closer to the final result. You know what you have done is a positive and progressive step in the right direction, but the niggling notion that it’s not good enough is persistent and rather demotivating. So here are a few tips to reinforce your confidence in your progress, and keep the fire alive for your goal.

I’ve rewatched the marketing videos of the online Amazon publishing course I did a year and a half ago. Refreshed my knowledge, picked up on a few new bits of information, approaching my online book business with a whole new confidence. Being brave and making bold new goals! 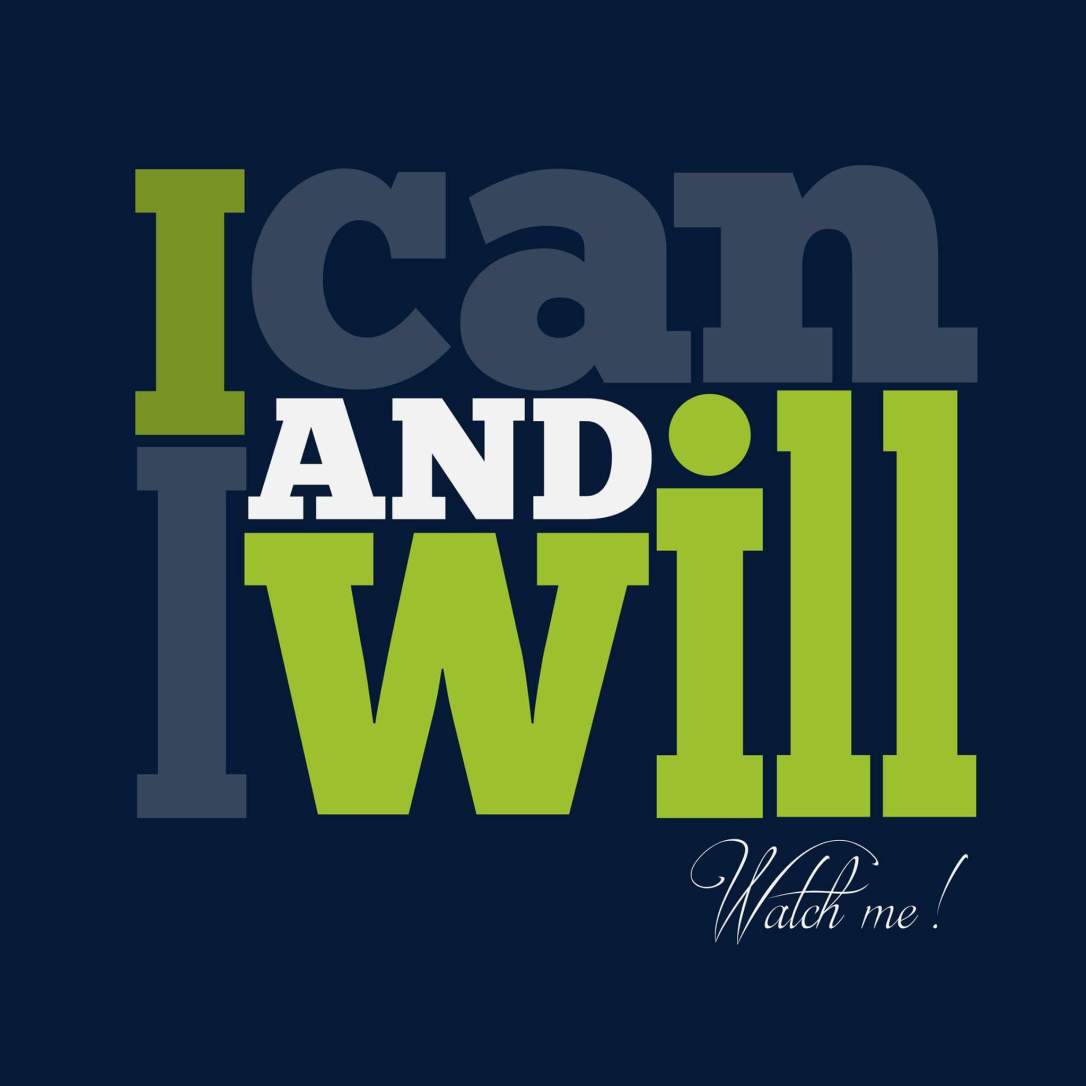 📚 BIG NEWS: 26th JANUARY 📚 Today I submitted The Wilted Rose to The 2019/20 ADAPTABLE Program (Queensland Writers Centre) which seeks material for film or television adaptation to pitch to screen creatives. Successful writers will be announced in early Feb. Fingers crossed!! 🤞🤞 . . . #filmadaption #queenslandwriterscentre #adaptable #australianstories #novel
📣ANNOUNCEMENT 26th JANUARY 📣 My debut is setting off on an interesting journey. 📚➡️ I'll tell you where to tomorrow afternoon! Stay tuned!! . . . #debutnovel #creativenonfiction #indiepublishing #indieauthor #truestories #australianstories #writing #opportunity
REVISION FINISHED!!! 🎉🎉 87 pages, 25,887 words. FINISHED!!! NEVER. TO. BE. REVISED. AGAIN!! 😂🤣 One step closer to getting my previously published books back out into the world and moving on to BRAND NEW WRITING!! . . . . . #wip #workinprogess #truestories #womensstories #australianstories
FINISHED!! 🎉🎉 Revision of Paid To Dance: Asha's Story Part One is FINISHED!! Twelve more pages left to type and it will be ready for a proofread!!! . . . #revision #revisededition #secondedition #truestories #womensstories #storiesaboutwomen #stripping #exoticdancers #creativenonfiction
Which ending is best for your story? ✒📚 . . . #writing #ending #howthestoryends #nailtheending
STATIONARY!! ❤✒❤✒❤✒ Nothing like a good pen I tell you!! Who else is obsessed with stationary?? . . . . . #stationary #obsessed #nothinglikeagoodpen #luxury