Dunguaire Castle (Irish: Dún Guaire) is a 16th-century tower house on the southeastern shore of Galway Bay in County Galway, near Kinvara. The name derives from the Dun of King Guaire, the legendary king of Connacht. The castle’s 75-foot (23 m) tower and its defensive wall have been restored, and the grounds are open to tourists during the summer.

Dunguaire Castle was built in 1520 by the Hynes Clan who were a prominent family in the area since 662. In the 17th century the castle was passed onto the Martyn clan of Galway who remained in the stonghold until 1924. It was Oliver St. John Gogarty, a well known surgeon and writer who bought and restored the castle and made it a meeting place for literary greats like George Bernard Shaw, Lady Gregory, J.M Synge and W.B. Yeats.

The castle is now in the hands of Shannon Development and is a popular tourist attraction in Galway. From mid-April to mid-October each year, the castle hosts medieval banquets where guests can enjoy a delicious four course meal and fine wines whilst be entertained by songs, stories and poems (especially the poems of Yeats, Gogarty, Shaw and Synge). 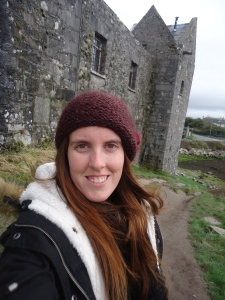