I had originally planned to stay in my previous destination, Kinvara, for nine days. However, I’m glad I didn’t, because as lovely as Kinvara is, it is a small village, and six days was plenty to experience all the village had to offer. Whilst still in Galway, I canceled the last three days of my Airbnb booking in Kinvara, and booked with another on Inisheer. I was excited for a three-day weekend getaway on the rural Irish island. 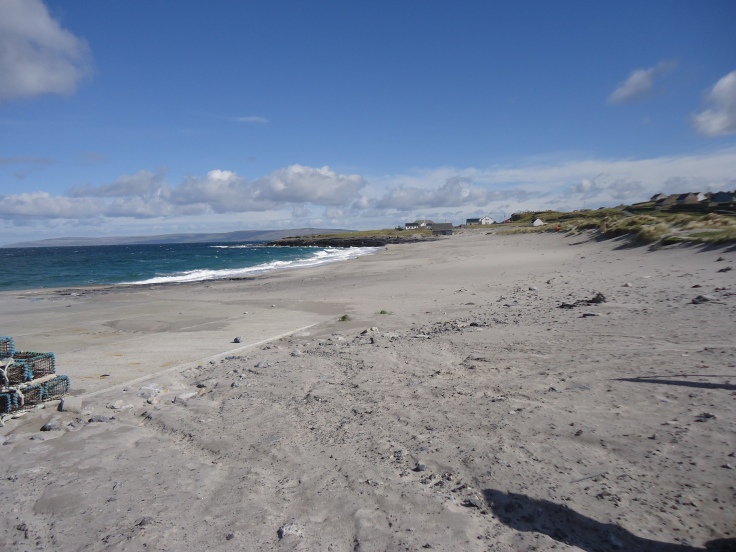 Inisheer (Irish: Inis Oírr, the island’s official name, Inis Oirthir, meaning “east island”, and traditionally Inis Thiar, meaning “rear island”) is the smallest and most eastern of the three Aran Islands in Galway Bay. Inisheer has a population of about 260 permanent residents ( according to the 2016 census), making it the second smallest of the Aran Islands in terms of population. There are three primary settlements on Inis Oírr – Baile an Chaisleáin (Castletown), Baile an Feirme ( Farm-town) & Baile an Lurgain .