Welcome to Kirra Beach, the second last stop on my Books By The Beach tour! It is hard to believe it is almost over!

The small rocky headland Kirra Point separates Kirra Beach to the north and Coolangatta Beach to the south, and is noted as one of the world’s premier surf breaks. In the past the surf break was known for producing high quality barrels. Today sand pumping across the Tweed River has filled it in and changed its character.

The Quiksilver Pro, an event on the World Surf League, is often contested at Kirra when the surf is not contestable at Coolangatta.

There’s variations on what the word Kirra actually means, but some believe Queensland Aborigines named it after a boomerang. Which makes sense as Kirra wraps evocatively around the bend separating Coolangatta and Kirra beaches and in front of Kirra Hill. Surfers flock to Kirra bend for its world-class breaks, and Kirra has also hosted the Quiksilver and Roxy Pro surfing competitions.

One of the Gold Coast’s most laid-back beach destinations, the suburb is home to Kirra Surf, which surfers consider the one-stop shop for surf gear. Like it’s neighbouring Tugun, Kirra is not a place you’ll find glitz and glamour, with plenty of weatherboard beach shacks still standing among the burgeoning apartment scene. The iconic Kirra Beach Hotel has been trading for more than 50 years.

In this post I am sharing with you my book Paid To Dance: Asha’s Story Part Two.

Three years after daringly stepping into the world of stripping, Asha has left The Runway, the club that made her an exotic dancer, to make a fresh start at at rival venue Mademoiselle’s. Here she is faced with a whole new set of challenges, including an interstate adventure to Melbourne’s glamorous strip club scene. Asha’s personal and professional lives collide in unexpected ways, in the lead-up to the grande finale of her stripping adventure.

I hope you have enjoyed your time with me here at Kirra Beach. Last stop- Coolangatta!

Welcome to Bilinga, the thirteenth stop on my Books By The Beach tour!

Bilinga is close to the Queensland/New South Wales border to the west and has the Pacific Ocean to the east.

The word ‘Bilinga’ is derived from the word ‘Bilinba’, meaning ‘bats’. The name was adopted in 1918 as a place name for Crown lands north of Coolangatta.

Bilinga was located on the Nerang-Tweed Railway line and, after the Crown Land auctions, a rail siding was approved for the site in 1919. By 1923 the nucleus of settlement had formed when Percy Henzel opened a general store near the rail siding.

By the late 1920s, the new coastal motor road improved access to the area for holiday makers and residents.

The drowning of a man on Bilinga Beach in 1937 led to the establishment of the Bilinga Surf Lifesaving Club in 1938.

The Gold Coast Airport is located in Bilinga. Despite being situated in Bilinga and across the border into Tweed Heads West, New South Wales, the airport is also known as Coolangatta, presumably because Coolangatta is better known than Bilinga.

In this post I will be sharing with you about Asha’s Story Part One, the second installment in the Paid To Dance series.

Inspired by a true story, Paid To Dance: Asha’s Story Part One tells of one young woman’s experience working as an exotic dancer in Brisbane, Australia. After a shaky transition into the workforce, eighteen-year-old Asha Graham takes a job at The Runway, a prestigious gentlemen’s club in Brisbane City. During the first two years of a five year journey, Asha’s life is changed in a number of ways, as she learns the ropes and adapts to the often harsh conditions of her chosen profession.

PLEASE NOTE: At the end of this video there is information about purchasing the Paid To Dance books on Amazon/Kindle. My books are not currently available on Amazon/Kindle. Instead you can download a free PDF of the first chapter HERE:

Paid To Dance: Asha’s Story Part One- Chapter One 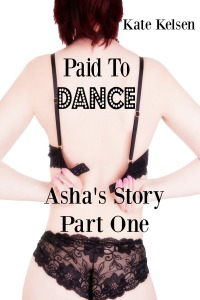 I hope you have enjoyed your time here in Bilinga with me. Only two more stops to go! See you next time at Kirra Beach!

Welcome to Tugun, the twelfth stop on my Books By The Beach tour!

Over the hill from Currumbin, Tugun is north-west of Coolangatta and 96 kilometres (60 mi) south of Brisbane, the state capital of Queensland. Tugun is a popular holiday destination, with a number of holiday units and motels lining Tugun Beach, its homey streets playing host to cafés and fish and chip shops. There are also has a number of shops located on its Golden-Four Drive strip.

This is the Gold Coast without the glitz. Locals fondly call Tugun, Tugz (pronounced choo-gs). It’s joined to its neighbouring suburbs of Currumbin and Bilinga via the Gold Coast Oceanway.

Its name is believed to have derived from an Indigenous word of unknown dialect meaning “breaking waves”.

In 1898, the Farrell family walked overland from Tallebudgera Township along a track now called Simpson Road, to their block of land or selection just south of Currumbin Hill. They established a camp site there and started to clear some land for a home and grazing paddocks for their small dairy herd. The local Aboriginal people often bartered fish and crabs with the Farrells, supplementing the settlers’ diet when times were lean.

Over the creek, known today as Flat Rock Creek, and to the north-west of Currumbin Hill, another Irish family, the Mitchells had settled on their block a few weeks after the arrival of the Farrell family. At first, there was a degree of rivalry between the two families based partly on old country loyalties – the Mitchells were from the north of Ireland, the Farrells from the south.

However, years spent pioneering the land and the experience of isolation meant that inevitably the families became the firmest of friends.

The first home in Tugun village was built in 1916. The construction of a coastal road linking Southport to Coolangatta in the 1920s was a major achievement for the Main Roads Commission. The age of the mass-produced motor car provided the impetus for developing beach properties and accommodation facilities in areas such as Tugun and Bilinga.

The dairy and banana farms however, which dated from the early years, disappeared as the land was subdivided into areas such as the Currumbin Estates in the late 1950s.

In this post I will be delving a little deeper into the Paid To Dance series, and telling you all about the first installment, Paid To Dance: stripping Past & Present.

Paid To Dance: Stripping Past & Present is a comprehensive insight into the stripping industry, from its origins to its modern day evolution. Everyday women share stories of working in gentleman’s clubs, paying their way through university, funding travel and even escaping homelessness and crime. Parents and partners offer intriguing perspectives of their loved one’s occupation, and a manager shares his experiences overseeing the operations of a real gentleman’s club.

Paid To Dance looks inside the trials and tribulations of exotic dancers throughout history into the present day, and explores a livelihood that is often rewarding and always challenging.

What readers had to say about Paid To Dance:

“Wow! What a fantastic read! This book gives the reader such an interesting insight into the lives of strippers… and it’s not just reading their side of it.. but those people around them too.. their parents, partners, and even from a venue manager who does the hiring. Once I started reading I could not put it down.. as I wanted to know how everyone around them felt.. as I found this very interesting after only really knowing the strippers side of it. The history was also excellent and I enjoyed reading about the past and different cultures.”
Barbara, Gold Coast, Australia

“A most enjoyable easy read, lots of interesting facts and is light hearted on a subject that society still sees as taboo. Would highly recommend this book to any interested in the behind the scene in this industry.”
Sharon, Gold Coast, Australia

“The author gives a truthful, unbiased and non-judgemental insight into exotic entertainment industry complete with real stories from real people. Great read for anyone who’s ever been curious about what’s really going on behind the scenes in adult entertainment clubs and in the lives of exotic dancers.”
Julia, Brisbane, Australia

“A book I could not put down. A really interesting read into the lives of women in an industry that many of us no nothing about. Highly recommended.”
Sarah, Brisbane, Australia

“This book has opened my eyes to the lives of strippers and dancers, exceptionally well written and researched. Very much worth the read and I recommend it to all ages enabling a clear and concise understanding of the lives of these ladies.”
Jackee, Brisbane, Australia

PLEASE NOTE: At the end of this video there is information about purchasing the Paid To Dance books on Amazon/Kindle. My books are not currently available on Amazon/Kindle. Instead you can read a FREE PDF Excerpt HERE:

Paid To Dance Stripping Past and Present

I hope you have enjoyed your time here with me at Tugun, and I hope you will join me next time at Bilinga. Only three stops to go!